Learning a language activates the entire brain. If you occupy yourself with vocabulary and foreign grammar, you really get your “grey cells” going. Just as muscles grow through regular exercise in the gym, language learning increases mental abilities such as concentration, creativity, flexibility – and memory. Learning a foreign language is considered the best memory training of all. Various international studies even show that language learning protects our brains from memory loss and that multilingualism delays the onset of Alzheimer’s disease by several years.

You Can Learn Foreign Languages In Any Age

No matter what year your birth certificate says: learning languages is always possible. Older people even have certain advantages over young people – such as their wealth of experience. For example, learners in more mature years score points because of their greater prior knowledge, which can be applied to new things. In addition, they are often highly motivated because they want to learn the language rather than having to. Of course, as you get older, you also have more learning experience – which also makes learning easier. And there’s more good news: so-called “crystalline intelligence” – i.e. language, knowledge of the world, experiential knowledge, etc. – can increase well into old age.

Foreign languages give you many new opportunities

First of all, if you know a foreign language, it has a positive impact on your career. You can use your foreign language skills in your job or find an interesting part-time job related to the language. You can also read a great book in the original language. Or open any website on the Internet (e.g. Bizzo Casino) in a language other than your native language.

Learning a foreign language not only trains our memory and opens up new neural connections in the brain, it also develops your outlook. The more languages you know, the more chances you have to have new and interesting experiences and to think out of the box. Through a foreign language you can get to know a new culture and adopt the philosophy of another culture.

If you have already decided to start learning a new foreign language, be clear about what you are learning for! Imagine all the things you can do with what you’ve learned. What will change? What do you want to achieve? Then set realistic goals! Don’t take on too much, and schedule fixed times for learning. And make small learning sequences a daily ritual! Then you will definitely enjoy your learning process. 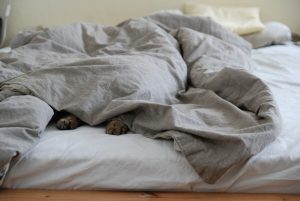